Camiel Meiresonne is the charismatic frontman for Dutch indie hitmachine Son-Mieux. But their rise to stardom comes at a price for the environment, as playing more shows inevitably means more time on the road. How does Camiel feel about the band’s ecological footprint, and what does that have to do with Pieter Smit? 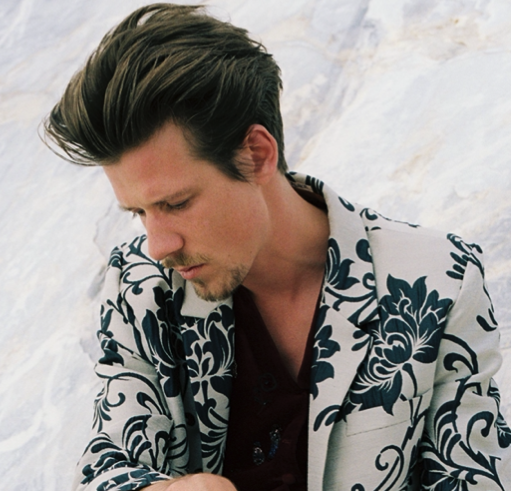 What does sustainability mean for a touring band?

“I’ve been thinking about that for a couple years, so whenever I can, I travel by bike or public transport. But once you hit the road, you have to take your gear from A to B and we can’t do that without our van. We end up driving a lot whether we like it or not, so driving on biodiesel makes sense to us. Apart from that, all of our band and crew members are vegetarians.”

What would that mean for festivals?

“I think it’s harder for festivals than for bands to try to go green. It’s epic that they’re thinking about banning single use plastics, I think Belgium actually already went that far and that’s awesome. But let’s face it: people come to festivals to have a good time. There’s 20.000 people on a lawn somewhere trying to not think about tomorrow. So bands should think about it for them. Your audience just wants to be carefree while they’re with you.”

Do you think bands care about the environment?

“I don’t think it’s a matter of whether they really care or not. I think A-list talent has the resources to stand up and do something, but most people aren’t in that position like Morrissey where he can just turn up and force an entire festival to be vegetarian for a day. It’s harder for smaller touring bands. Especially in the beginning, and frankly for us, still, too, it’s a matter of money. Many musicians have a job on the side because they can’t live off their music alone. And HVO of course is a little more expensive. I do however believe that musicians, artists tend to be people who are a little more environmentally conscious. And we are in a position to make a difference, I think. So we should.”

How can bands decrease their ecological footprint?

“Biodiesel of course is one way, especially if you tour as consistently as we do. Then, think about the whole process of being on the road and being on stage. We are trying to get reusable water bottles on stage so we don’t have to throw anything away after the show. Sometimes, we get glasses of beer or water on stage, but I wish we wouldn’t- our show can get pretty wild and I will end up knocking everything over.. no, jokes aside, think about your impact. Don’t eat meat. Try not to waste food and water. I know for touring bands, convenience is everything. It’s intense to be on the road. But you’re going to have to make some concessions.”

So you make those concessions together with your crew?

“Yeah, actually. One of our crew members was very attached to the idea of eating meat. We don’t want to tell people how to live their lives, but it’s important to us to make that statement together. When we walk in, there’s no meat. That wasn’t an easy conversation, but we made it work. And I don’t mean to sound like we’re a bunch of do-gooders that know what’s best for everyone. Because of course we aren’t. But we try our best, for as far as we’re in charge of any decisions with an environmental impact. Working with Pieter Smit Touring is definitely a part of that. It’s a shared identity. It’s part of who we are. As a band and as a touring crew.”